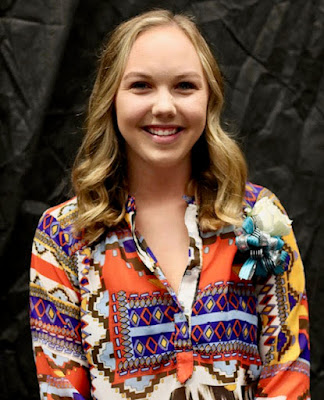 The new members of the Hall of Fame are Grant Dawson, Justin Posey and Alexandra Marshall.

Grant Dawson (2013) was a standout member of the Raider football program. Remembered for his team leadership, commitment to excellence, and never-give-up attitude, he set a tremendous example for all Reagan athletes.

After paying his dues in JV, Grant joined the varsity football team and quickly established himself as a defensive force in the Central Piedmont Conference. He earned each of the following honors twice: Forsyth County Defensive Player of the Year, CPC Defensive Player of the Year, All-Northwest
Team selection and All-League Team selection. While at Reagan, he also participated in Spirit Club, Crosby Scholars, National Honor Society, and was a member of the wrestling and track teams.

After being accepted to Wake Forest University, he joined the football team as a walk-on, eventually earning a full scholarship for his final two seasons. Grant was a starter during those two seasons, helping lead his team to two bowl game victories. He was voted a captain for the 2017 season and ended his time as a Demon Deacon with 156 career tackles. Through WFU athletics, he also participated in community service activities including Habitat for Humanity, HOPE, and Santa’s Helpers.

Grant currently lives in Winston-Salem and works in the medical supply sales industry.

Justin Posey (2012) has risen through the ranks of the national BMX racing circuit to become one of the most accomplished racers in the country. Despite a serious accident that put his career plans on hold for a time, he persevered to earn a spot in the 2016 Olympic trials.

While at Reagan, Justin was a co-captain of the men’s swim team, achieving a conference championship in the butterfly and all-conference honors four times. He was also involved with student government, the Spirit Club, and Fellowship of Christian Athletes. When he wasn’t at RHS, he was progressing through the age brackets of the competitive BMX system.

After graduation, Justin attended Marian University, where he became a national champion in both individual and team events. In 2017 he earned a bachelor’s degree in Business Marketing with a Concentration in Sport.

A 9-time amateur national champion, Justin’s professional career brought many more honors. Among them, he was chosen 2016’s BMX Pro Rookie of the Year and was selected to the 2016 Olympic Long Team. He dedicates many hours to volunteering in the BMX community, inspiring young people around the world.

Justin currently resides in Phoenix, Arizona. In addition to racing full-time and training for the 2020 Olympic trials, he works as a marketing coordinator at the USA BMX Foundation.

As a member of Reagan’s storied women’s swim program, Alexandra Marshall (2013) demonstrated the drive and determination that would make her name associated not just with swimming but with survival.

Alexandra’s accomplishments at Reagan were many: 4- time All-Conference and 3-time CPC Swimmer of the Year honors, 3-time RHS swim team MVP, and 2-time NCHSAA
State Champion in both individual and relay events. She holds multiple school, conference, and state records, and she was the only swimmer in school history to go undefeated in 4A competition. She also served as team captain during her senior year.

After graduation, Alexandra attended Queens University on a swimming scholarship. As a member of the swim team, she was a 22-time All-American and 4-time NCAA National Champion. She was vice president of Queens’ chapter of Psi Chi International Psychology Honor Society.

During her junior year at Queens, Alexandra was diagnosed with Hodgkin’s lymphoma. After beating the disease, she was inspired to help other young people fighting cancer. In addition to an array of volunteer efforts, she started 24brAYAve, a program associated with Charlotte’s 24Foundation that helps to support adolescents and young adults facing cancer and navigating survivorship.

Alexandra is a first-year graduate student at Wake Forest University pursuing a Master of Exercise and Sport Science. 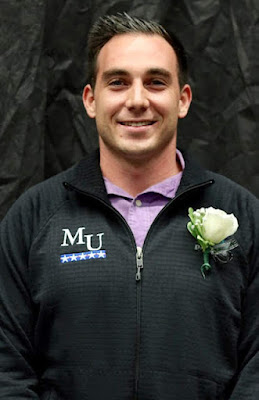 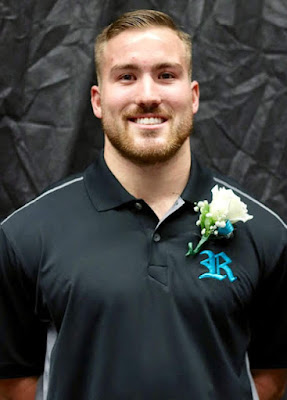 Posted by Winston-Salem/Forsyth County Schools at 5:36 AM

Winston-Salem/Forsyth County Schools
We're here to share good news about people associated with Winston-Salem/Forsyth County Schools, to answer questions and to let you share your thoughts about how to make the schools better. If you have something that you would like for others to know about or want to ask a question, please send an email to Kim Underwood